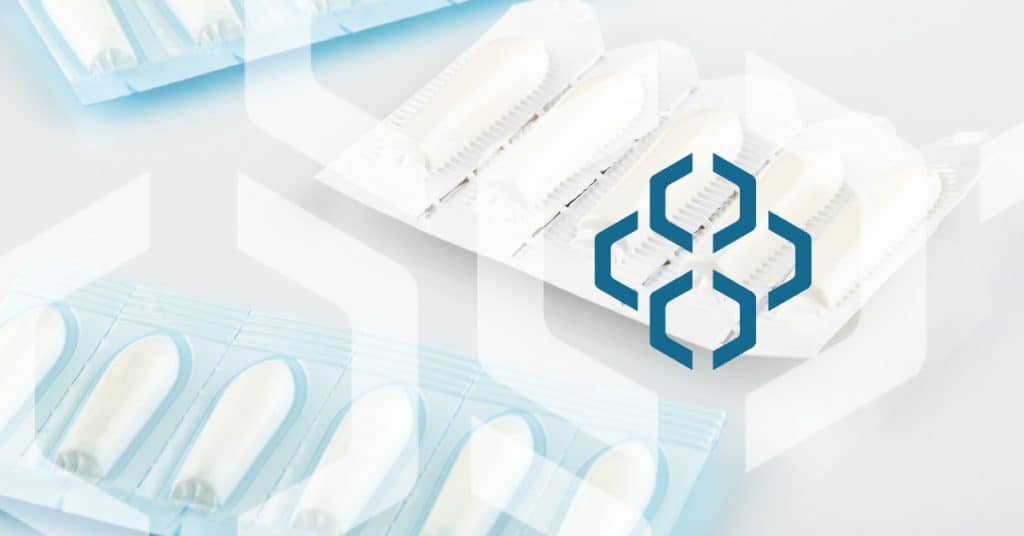 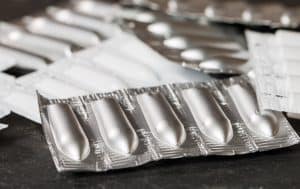 Suppositories aren’t sexy – let’s just acknowledge that point right upfront. Science can be sexy, in a “wow, it’s amazing what science can do!” sort of way.

But as far as patients are concerned, suppositories don’t qualify.

The thought of using a suppository for a headache may sound strange, but drug companies – mindful of the benefits – hope the general aversion to this form shifts. It already has in some European countries, but there remains work to be done in the rest of the world.

Despite their lack of popularity, suppositories are one of the oldest forms of medicine. Modern suppository use began in the late 1800s and evolved into its current form throughout the 20th century. Suppositories can be defined as a solid dosage form administered through insertion in the rectum, vagina, or in rare cases, the urethra.

The first rectal suppositories were a combination of medicinal substances and materials such as baked honey, soap, tallow, or horn.

Today there are two types of suppositories:

Suppositories can act as a topical dosage form to address localized pain, and they can also serve as a drug delivery system to target systemic pain. In a suppository, the drug is diffused like all topical forms—in a passive fashion. Rectal suppositories are the most common form, treating a range of illnesses. Vaginal and urethral suppositories are more targeted.

The primary use for rectal suppositories includes:

In rare cases, men may use a urethral suppository for erectile problems.

These lists of approved uses continue to grow as drug companies increasingly focus on this dosage form. Companies are exploring suppositories that can administer HIV anti-viral drugs, prevent pregnancy, and protect against sexually transmitted diseases.

Even though patients are hesitant to accept suppositories, there are many benefits to the dosage form. Notably, these benefits address challenges facing certain patient groups: 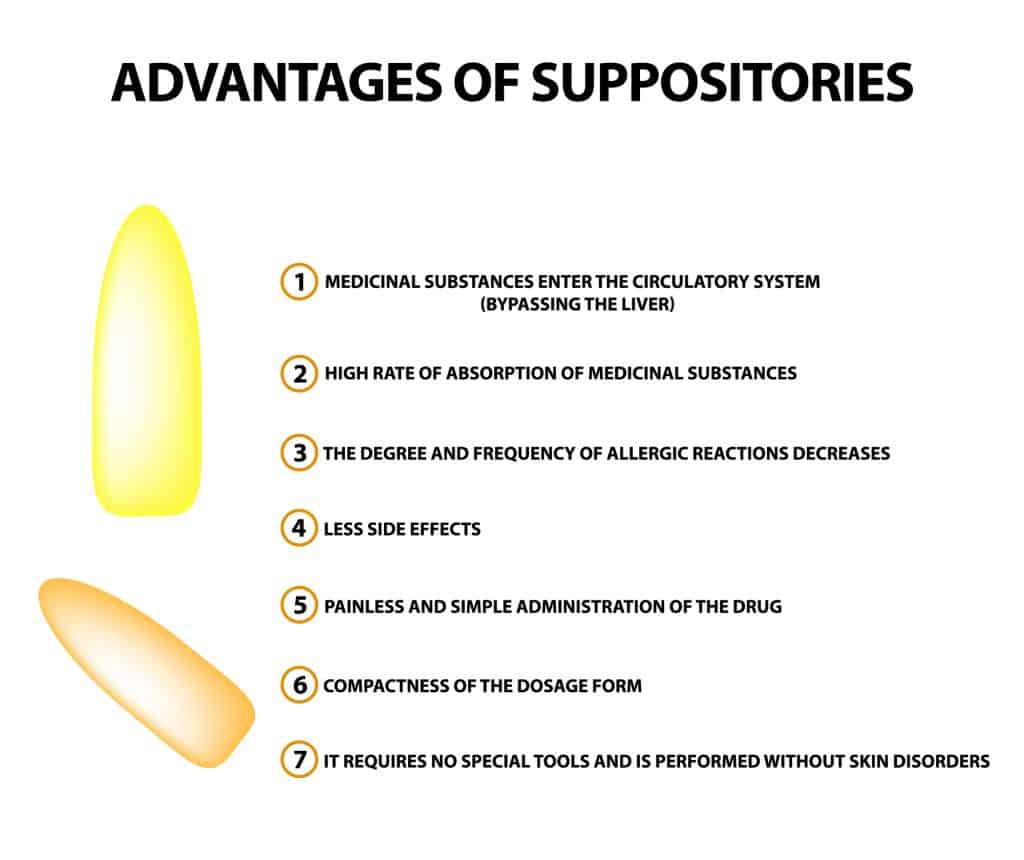 Since suppositories bypass first-pass metabolism, they are a great alternative to medicine that is ruined in the gastrointestinal tract, breaks down too quickly, or irritates the gastric mucosa. Suppositories have the unique ability to quickly deliver high doses without the aid of special equipment or storage conditions.

With the rising geriatric population, suppository-based drug delivery is a simple solution for these patients. The market has taken note of the growing interest. The global pharmaceutical suppositories market was valued at $1,410.93 million in 2020 and is projected to reach $2,402.46 million by 2030, registering a CAGR of 5.7% from 2021 to 2030.

Challenges: lack of research and practical concerns with suppositories

While there are clear advantages to suppositories, there are indeed challenges. The most glaring challenge is the lack of research around suppositories. In their article for Therapeutic Delivery, Anthony S. Ham and Robert W. Buckheit Jr. explain that this form is “remarkably unspecific,” lacking systematic and rationally designed formulations.

There are also practical concerns from patients, including: 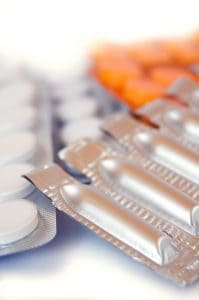 For scientists, there are challenges during the formulation of suppositories. For example, it can be difficult to determine which excipients will keep the dose high and still maintain shape, solubility, and stability. Furthermore, the availability and cost of the materials used in manufacturing suppositories can be a concern, especially in certain countries.

Despite the stigma of suppositories, they are a versatile dosage form with the ability to address issues that other dosage forms cannot. And beyond the practical benefits, there are opportunities to solve unmet medical needs with suppositories.

How Biopharmaceutical Drugmakers Are Leveraging Analytical Testing Services to Improve Quality Management
While there are fundamental differences between pharma and biopharma, there exist many commonalities...
Read More >
Niche Active Pharmaceutical Ingredients and How to Source Them
What is one of the most significant trends driving growth in the global API market? It’s the rise of...
Read More >
How to Avoid a Quality Failure: Pharmaceutical Supplier Evaluation
Pharmaceutical supply chains and processes have been subjected to some fairly severe stresses over these...
Read More >