A Look at Reshoring Drug Manufacturing: A Q&A With LGM Pharma’s Hamilton Lenox 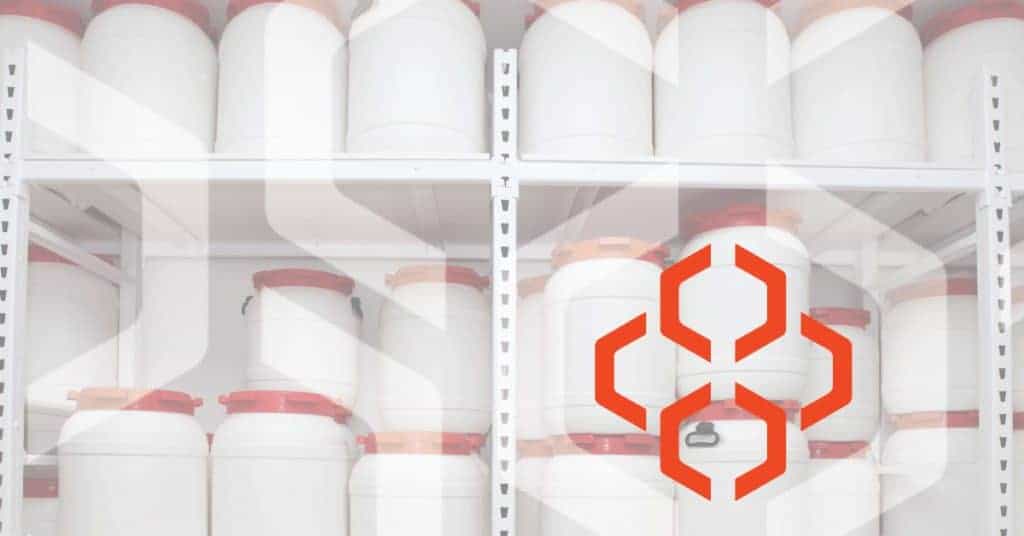 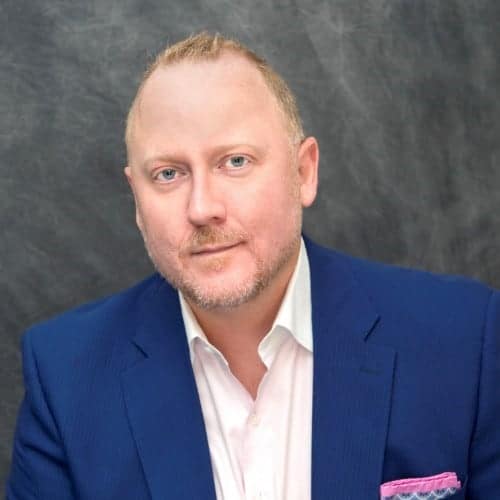 When SARS-CoV-2 arrived on American shores this Spring, concerns about overextended drug supply chains already were circulating. The issues at hand weren’t new, by any stretch. Environmental, quality and political actions all had impacted drug imports in the last half-dozen years, causing drug shortages and C-suite anxiety.

The global pandemic – and the resultant (albeit temporary) manufacturing shutdowns and drug export bans from certain nations – amplified concerns. Combined with the current Administration’s appeals to reduce US reliance on foreign suppliers and sources, what had been a stream of thought became a flood of reaction. Although it’s too soon to tell, 2019 may well be remembered as the apex of pharmaceutical globalization – a trend which could be reversing itself as countries increasingly look inward.

Hamilton Lenox, LGM Pharma’s Senior VP of Business Development, weighs in on the implications of China, supply chains and the risks drug companies as well as consumers of prescription medication are facing.

How has COVID-19 impacted supply chains, and what role is it playing in this global discussion about supply chains?

Supply chain risk mitigation has been a growing concern in the industry, but COVID-19 really brought the issue into the public’s consciousness. COVID-19 has impacted the supply chain – including parts of the API market and the pharma market – in different ways.

While China locked everything down from mid-January through early March, normal inventories of raw materials, key intermediates, and even APIs already had departed China. It’s really two to three months after that when we started to see the impact on drug manufacturing. One of the earliest impacts of the pandemic was price increases in India as they began paying more for raw materials. Once the virus spread to India and the country locked down, they started restricting export of certain APIs, which in turn drove up costs and caused market shortages.

While all of this was happening, you also had restrictions placed on cargo and transportation. A great deal of cargo travels aboard passenger planes, and that capacity declined dramatically from India and China when passenger flights were restricted or cancelled. This then led to a significant impact on shipping costs and freight costs. And even when products were able to be shipped, timelines lengthened considerably. Transit that normally would take a week now takes three-to-six weeks. In the meantime, China has returned to near-normal.

But supply chain issues also depend on the specific API. For example, we’ve seen price spikes for products like Midazolam, a medication used for anesthesia. One application of the drug is to keep people under when they are intubated and on ventilators. We’ve seen these spikes in demand, increasing prices, and drug shortages with other drugs implicated in some way with the treatment of COVID-19 – for example, hydroxychloroquine. The FDA has responded by loosening restrictions in the US on what compounding pharmacies could produce.

So overall there has been a significant impact from COVID-19. I think that – outside of trying to push for bringing manufacturing back into the US – we’ll see pharma and biopharma companies willing to adopt more aggressive risk mitigation strategies going forward.

Has COVID-19 impacted public perception of these supply chain issues?

Definitely. Those of us in the industry have known for a long time how dependent we are on China, India and other regions. The current coronavirus pandemic has opened the public’s eyes. The media started focusing on it and publicizing that 75-80% of generics aren’t made in the US anymore. That was a wake-up call for many Americans.

What are the risks we face with our current supply chains spread across the globe?

I think that there is a strategic argument to be made that collectively we have weakened our position when it comes to the pharmaceutical supply chain. We’ve offshored most generic production – particularly on the API side. It does put us at risk and I think there are some national security implications to that as well.

When we consider geopolitical concerns – for example, a trade war with China – not having domestic production leaves us significantly at risk. From a supply chain standpoint, most of our generic drug and API production is performed in India…and India is very dependent on China for raw materials and key intermediate supply. In essence, all roads tend to lead back to China in one respect or another.

How did we get into this position?

It’s a shift that happened over the past several decades. A couple of key events took place. First, we have to remember that the US had significant pharma manufacturing in Puerto Rico. When the tax incentives disappeared, the pharmaceutical industry exited Puerto Rico and sold off the plants. Second, China was admitted to the WTO at the same time and began to build massive infrastructure.

In addition, the generic space became very competitive from a pricing standpoint – and for most companies the margins are very thin. Meeting the demands of the market to continually decrease generic prices is the primary reason that API production, in particular, had to shift offshore. What has remained in the US are novel therapeutics and more complex APIs, such as High Potency APIs. So domestically we’ve retained higher value APIs, as opposed to generics where the margins are much lower. Much of that low-margin production went to China and India.

How are pharmaceutical companies adapting their approaches to supply chain risk mitigation?

I think there’s a lot of concern about not only API supply chains, but also finished dosage forms. Recent events have served to reinforce what we’ve always recommended to clients: have a risk mitigation strategy. One of the biggest risks you have – whether you’re a generics player or producing a novel therapeutic – is having a single source for any key raw materials, key intermediates or APIs.

The risks often are greatest in the generic space, both with traditional ANDAs and the 505(b)(2) approach where a client is repurposing or reformulating an existing therapeutic. Many of these tend to be niche and/or low margin drugs, so many companies don’t take the initiative and make the investment to line up alternate sources. That leaves them in potentially risky situations.

More and more, though – especially in the last two months – the companies we work with are taking notice. There are several steps companies can take to be more proactive. For instance, have alternate sources – create a dual sourcing strategy. But you need to address geographical diversity, as well.

So instead of trying to find two different sources in India or one in India and one in China, companies should consider qualifying a second supplier from a higher cost region like the US or Europe – even if they’re only purchasing 20% or 30% of their demand from there. This strategy provides an additional layer of security, even if it costs more. It may no longer be enough to simply have a single supplier in a single geographic region, even if they have multiple manufacturing facilities for redundancy.

Drug companies need to be asking the same questions they’ve always asked but they need to take it a step further, beyond understanding the quality systems of the supplier. Companies need to understand their supplier’s supply chain. It isn’t enough to stop worrying because an API supplier claims they have dual sources for an intermediate.

When it comes to a supplier, you need to ask: Where are they getting key raw materials from? Their key intermediates? Do they have dual sourcing strategies for all key ingredients? Do they have additional plants in different geographies to which they can quickly switch production?

If SARS-CoV-2 has taught us anything, it’s that everyone needs to take a very serious look at their risk mitigation strategies, because they’re probably not sufficient to withstand what happens in situations like the current pandemic.

Risk mitigation actions began about 18 months ago – well before SARS-CoV-2. Historically, we have worked with many manufacturers in China. There are some very high-quality companies in China with whom we have good relationships, and we will continue to work with them. But the number of manufacturers we were sourcing from in China already had been shrinking organically. There have been multiple factors involved in this – partly quality and partly pricing. China was once extremely price competitive, but their prices have gone up as well – largely as a result of increasing environmental restrictions, tightening quality standards and other factors.

Over time, we’ve shifted more of our demand over to India. If I had to quantify it, I would say of the 250+ manufacturers currently in our approved vendor database, only about 30-31% are probably in China. 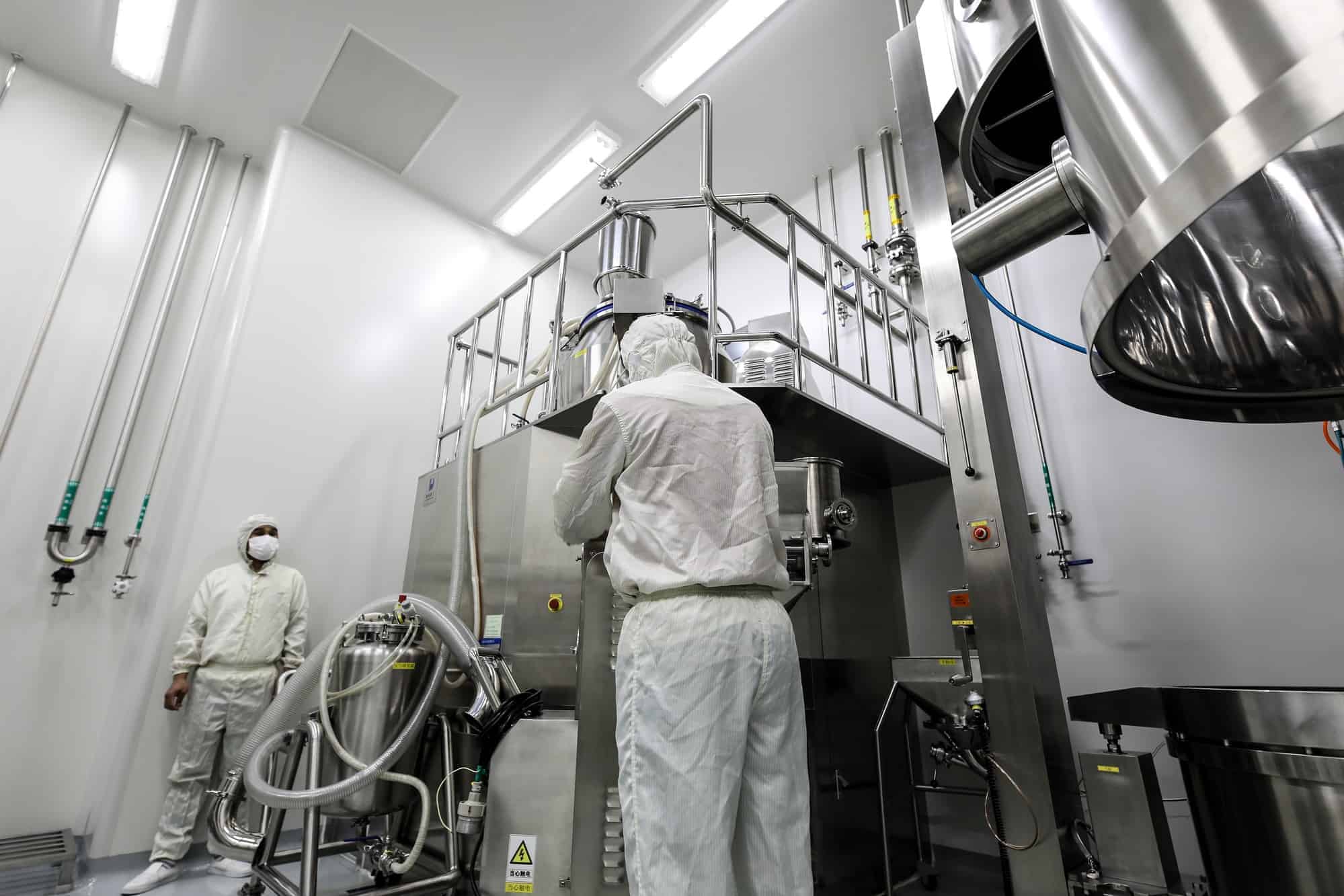 In terms of dependency on China, what will it take to eliminate the drug industry’s reliance entirely?

The fact remains: for precursor chemicals, intermediates, and some APIs – there always will be some element of supply coming from China. It isn’t a spigot which just can be shut off entirely.

There’s no quick fix. Trying to bring the entire pharmaceutical supply chain back into the US is not something that happens in six months or even one or two years. This is a huge, decade-long project needing a well-thought-out long-term strategy. Reshoring is a process that likely will need to have significant government investment behind it – whether tax breaks or other mechanisms. But there will need to be some incentives to get companies to shift manufacturing back home.

One of the biggest unknowns at this point is whether the political will to change remains long-term. To truly modify our current supply chains requires a policy that has support across the spectrum – whether it’s Republicans, Democrats, or Independents. You also need the industry’s acceptance and buy-in. If it is forced on the industry, they’ll find ways around it.

The bottom line, though, is that it will take time. And once coronavirus fades out of public sight, will there still be a commitment by politicians or an outcry by the public to effect change…especially potentially painful change?

Let’s face it, part of that change means Americans may have to pay more for drugs. Those price increases will predominantly fall on generics, especially those considered essential medicines which would likely be the initial focus of reshoring efforts.

Some companies are pointing to India as an alternative. What are your thoughts?

India is an API & drug manufacturing powerhouse. LGM has many qualified vendors in India – but many of the same challenges exist for them. India is heavily dependent on China for raw materials and key intermediates. To their credit, the pharmaceutical industry in India has been taking an aggressive approach to try and backward integrate supply chain in India – for example, building plants for raw material production.

The fact remains that there are still some environmentally unfriendly chemistries that certain regions won’t accept. It may be a case where you can still find a supplier in a region in China that hasn’t tightened environmental restrictions yet. So, regardless of efforts to free ourselves from China, sometimes the only way to get the material – especially via a cheaper process – is to buy it from China. But China already is starting to struggle with restricting or eliminating many cheap, dirty, waste-generating processes, so price points eventually will rise regardless.

How to Avoid a Quality Failure: Pharmaceutical Supplier Evaluation

Patent Cliff 2.0: How to Leverage the 351(k) Pathway for Biosimilars